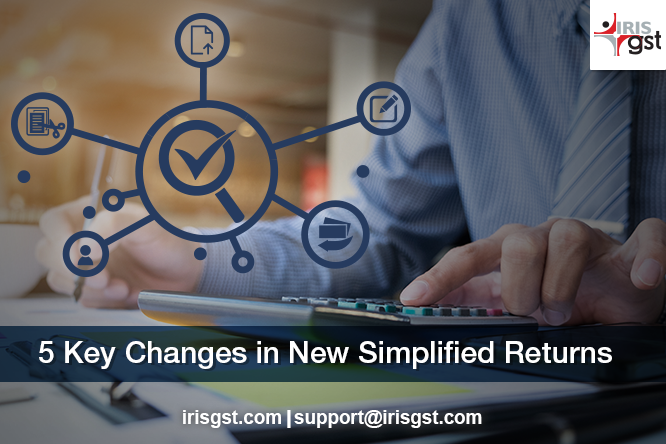 The Simplified returns are to be introduced under GST in order to simplify the complexities in the current return system. While the new GST system would be applicable for all taxpayers in India from October 2019 onwards, the pilot for the same has already been introduced on the common portal on a trial basis (Voluntary applicability for taxpayers). While the Indian taxpayers prepare themselves for GST 2.0, let’s have a look at the key changes, a taxpayer will have to adhere to under simplified GST Returns.

Under the Simplified Returns regime, a taxpayers may notice the below-given 5 key changes in the return filing system:

IRIS Business, a leading name amongst the GST Suvidha Providers (GSP) in India, offers easy and GST Solution (IRIS Sapphire) and E-way bill (IRIS Topaz) compliance. For any queries or to book your free demo, connect with us at support@irisgst.com.