GST Helpdesk has become multi-lingual and will be supporting 12 languages at Toll Free number - 1800 103 4786 (from 9AM to 9PM, 7 days a week). Existing contact number will no longer be available. 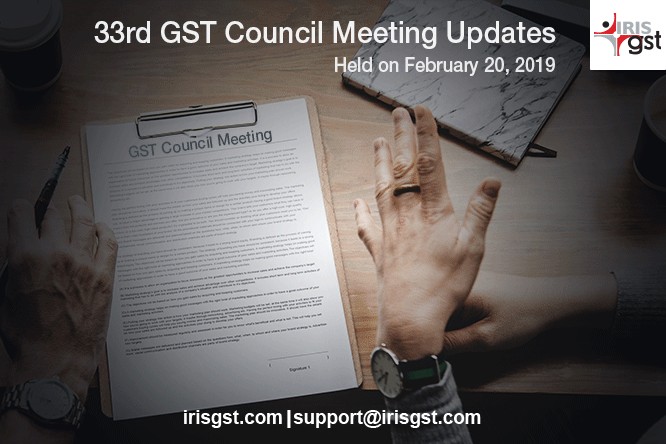 The 33rd GST council meeting was scheduled to be held on February 20th, 2019. However, state finance ministers requested a face-to-face discussion on special schemes for Real Estate Industry and issues in taxation system on lotteries. Thus, the union chairperson, Shri Arun Jaitley adjourned the GST council meeting until Sunday, the 24th of February 2019.

GST Rate slashes on Cement from 28% to 18%: Cement is an essential necessity in modern construction sector and thus the tax levied on the same impacts greatly on the overall costing of the construction.  Thus, GST council has to decide the tax applicable on cement.

Duty drawback-like scheme under GST: The exporters in the nation do not receive compensation for taxes paid besides custom duty, which has further affecting their growth capabilities. GST officials confirmed the preparation of a scheme similar to Duty drawback and the same has to be introduced in GST council meet.