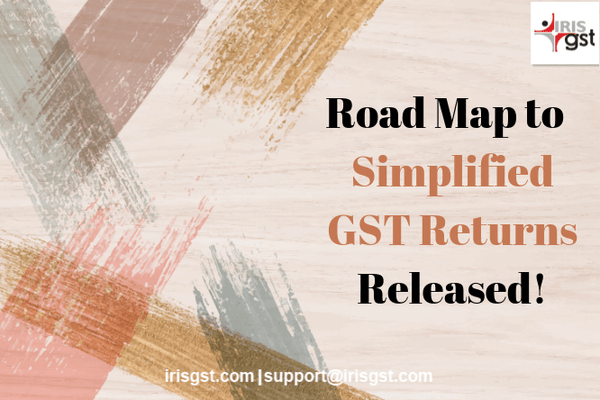 In a bid to simplify tax compliance in India, implementation of New returns was proposed in the 31st GST council meeting held on December 22, 2018. The New Returns – GST Sahaj and GST Sugam were expected to be implemented from April 1, 2019, however, in the absence of a proper system required for the transition, the forms had to be deferred, until further notice. Nevertheless, the CBIC has finally released the road map for New returns implementation to ease the transition process.

Here is a simple infographic for the same: 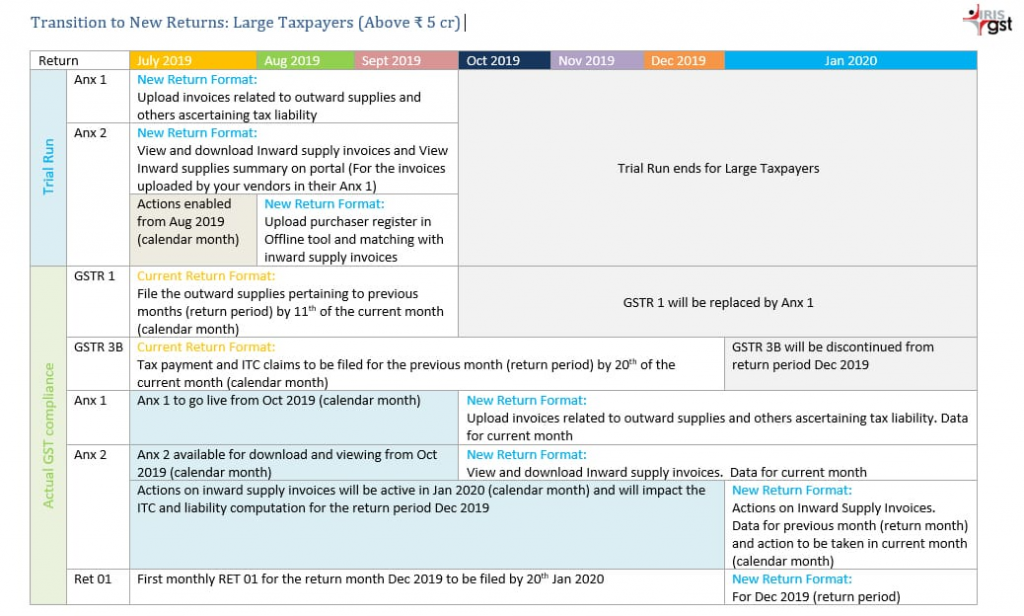 A month-wise transition plan for the new and simplified return forms is given below:

The prototype of the offline tool is released on the common portal, to provide the taxpayer with the look and feel of the new online portal. The new GST taxation system shall have the following main components:

P.S: This trial would have no impact at the back end on the tax liability or ITC of the taxpayer.

—————August ’19—————
The Taxpayers will be able to import their purchase register in the offline tool and match it with the downloaded internal supply of invoices to discover the mismatches in their records.

—————October ’19—————
The month of October will play a crucial role in the transition as GST Annexure form, GST ANX 1 will replace form GSTR 1 and will be made mandatory for every taxpayer. Although, the Large taxpayers (Annual Turnover exceeding Rs. 5crore) will be able to file their monthly returns in GST ANX 1 from October onwards, while, the small taxpayer will have to wait until January 2020 to be able to file their returns for the Oct’19 to Dec’19 quarter.

The following key points have to be noted

———————January ’20 ———————
January 2020 marks the beginning of the new GST return system as form GSTR 3B is completely phased out and businesses are required to file their first ever form GST RET 01.

IRIS Sapphire is a GST Software from the house of IRIS GST. IRIS Sapphire offers you features such as Smart and Advanced reconciliation for your annual returns, Insights and reports to help you with your business management and a team of experienced customer support to help you at every hurdle of your compliance journey.