E-invoicing
QR Code: The new identity of a B2B invoice
by Shilpa Dhobale in E-invoicing
Publish on October 16th, 2021

A B2B e-invoice QR Code is not just another QR Code, but a standard and digitally signed one.

Owing to the frauds on account of fake invoices and ITC being claimed on such invoices, it will be soon enough that e-invoice mandate could extend to all the taxpayers.

The form as well as the substance of compliance has evolved since roll out of GST in 2017. The process started with granular reporting, albeit in standard format, in GST returns. This moved to obtaining a unique reference number – E-Way Bill, for large value and inter-state movement of goods to registering of the invoice -e-invoice, with the Government even before sharing with the customer, the landscape has transformed drastically.

The e-invoice mandate in India requires the specified entities to get their invoices registered with the Government designated system i.e. Invoice Registration Portal (IRP). Not all documents nor all transactions are covered under e-invoicing. The current scope includes invoices, debit notes and credit notes issued to other registered parties i.e. B2B transactions and also export invoices.

Components of an E-Invoice

On successful registration of B2B invoices, the IRP provides: 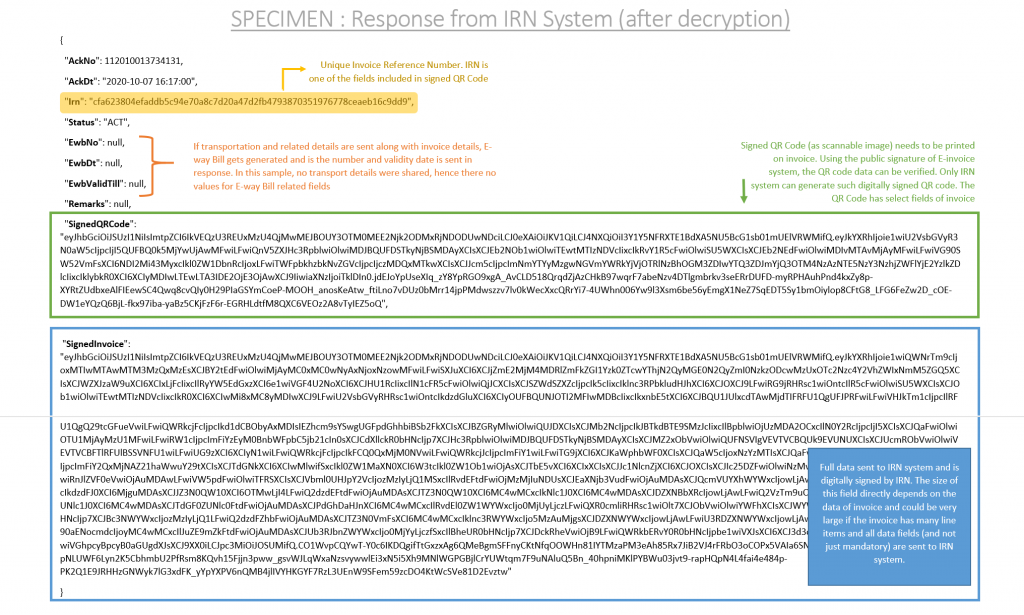 Fig 1.1: The response from IRP on successful generation of IRN is illustrated here

B2B QR Code of an e-invoice

A B2B e-invoice QR Code is not just another QR Code, but a standard and digitally signed one.

QR code is quite an older technology development and the recent emphasis of digitization has made QR codes popular. Quick Response Code or QR Code is a compilation of information designed to be scanned by devices such as mobile. While QR code can be generated for any piece of information and by anyone, the e-invoice QR Code is special because its pattern is standard and is digitally signed by IRP.

Here is a specimen e-invoice QR Code generated from IRN Portal, in both technical format as well as image which needs to be printed on the invoice copy. 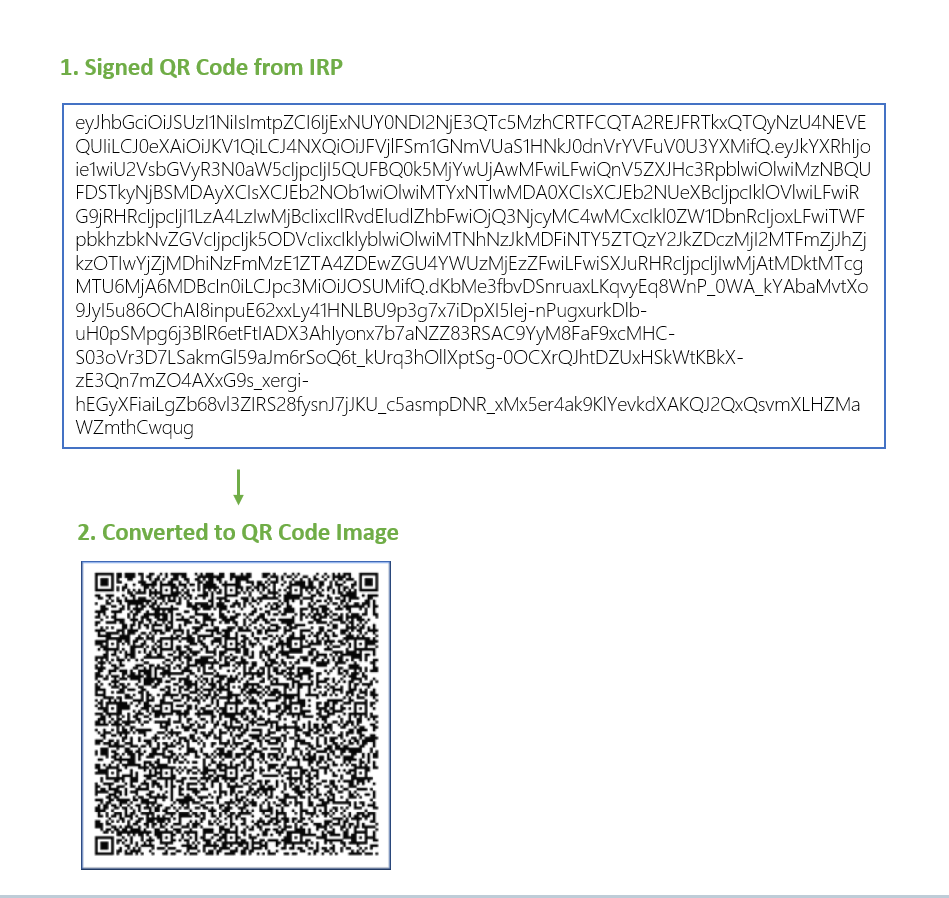 As shown in the specimen above, the IRN QR code generated for B2B transactions will have select information from the invoice. The structure of e-invoice QR Code will remain same for any document which has been registered with IRN and generated by any entity. The values corresponding to these standard fields, of course, will differ based on the content of invoice.

The Signed QR code consists of the following information:

Though B2C Transactions and QR Code are not covered in e-invoice mandate and hence are not to be registered with IRP, however per GST Notification 14/2020-Central Tax date. 23-03-2020, the government has made it mandatory for notified taxpayers (turnover over Rs. 500 Cr.) to display QR Code even on their B2C invoices. The B2C e-invoice QR Code will be a self-generated QR code and recent RBI notifications suggest using either of UPI or Bharat QR code, which are standard and interoperable.

Invoice Print gets a makeover: QR Code on Invoice

The e-invoice standard enumerates the list of standard data fields that can be include in invoice and the standard needs to be followed while sending the data to IRP for generating the IRN. The invoice data may be rejected or IRN may not get generated in case of non adherence to the standard.

At the same time, businesses have additional data field on the actual invoice like their logo, terms and conditions and other information apart from the usual invoice data like amount, item quantity etc. Although this additional information is not required for IRN generation but is needed on invoice.

The e-invoice mandate also suggests that the print of invoice, be it physical or digital, can continue to be as per entities’ preference. However, one thing that needs to be taken care of is the inclusion of QR Code on the print copy which is mandatory as per the GST Notification 72/2020 dt 01-10-2020.

Further, the FAQs and clarifications issued state that the QR code can be placed anywhere on the invoice and the size should be large enough so that mobile or scanning applications can read and process the QR Code.

Here is specimen of a B2B invoice with QR code 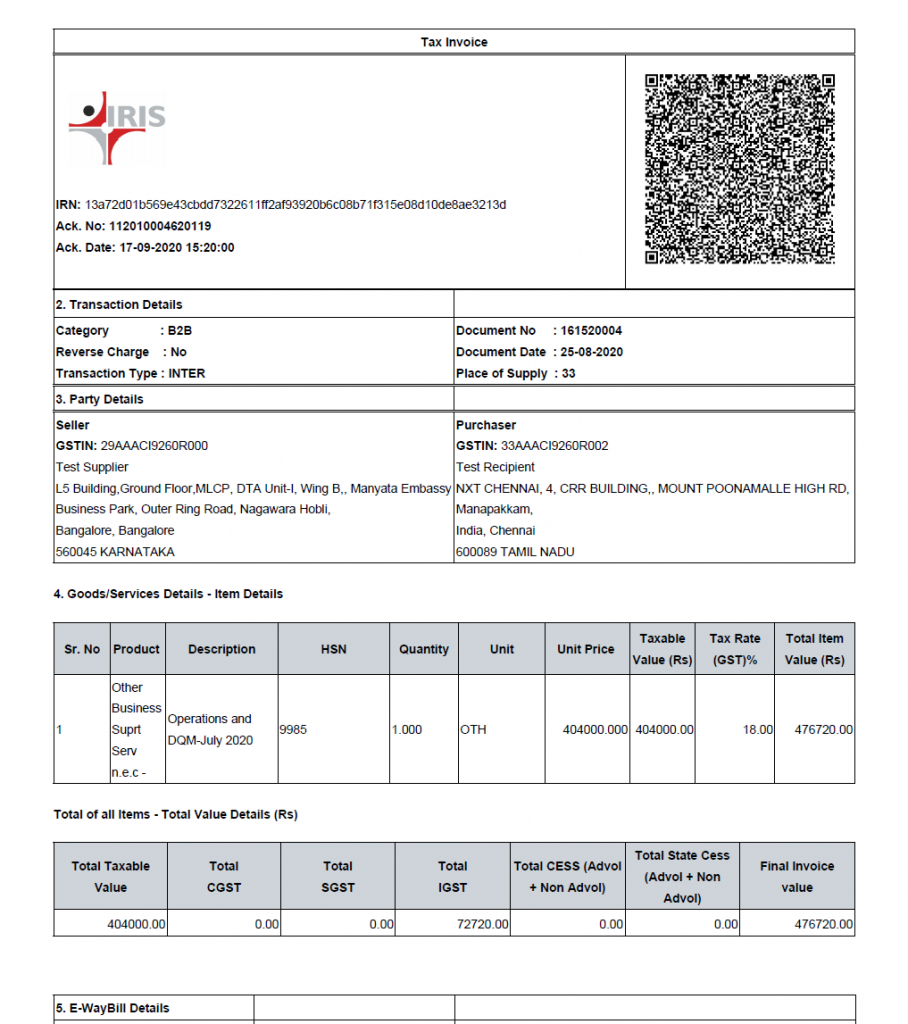 It is worth noting that as all companies will be registering invoice using the e-invoice standard, the digitally signed invoice has a huge potential for bringing in automation and process efficiencies in internal systems of the businesses.

Also, the much in talk use cases of cash flow lending, invoice discounting and factoring etc. can scale up rapidly, if authentic, standard and technologically readable data is available.

However, in the current phase of e-invoicing roll out, digitally signed full invoice is not stored back in the source systems of taxpayers. And this is more due to the size of full signed invoice and the limitation to accommodate such data in ERP systems. Here, the digitally-signed QR code, which also contains select data of invoice, though cannot be a substitute for the full invoice surely provides some respite.

Got an invoice which has e-invoice QR Code? Just Peridot it

E-way Bills were the first generation in the GST and allied compliance to have standardized QR codes, however, these were plain QR codes and could be processed by any generic QR code scanner. In the new age smartphones, the camera itself has QR code scanning ability and can read an E-way Bill system generated QR code.

However, IRP generated QR code is digitally encoded that gets converted to scannable image and can be processed by applications such as IRIS Peridot, IRP released app; which have the capability to apply the publicly available digital signature and decode the QR Code. 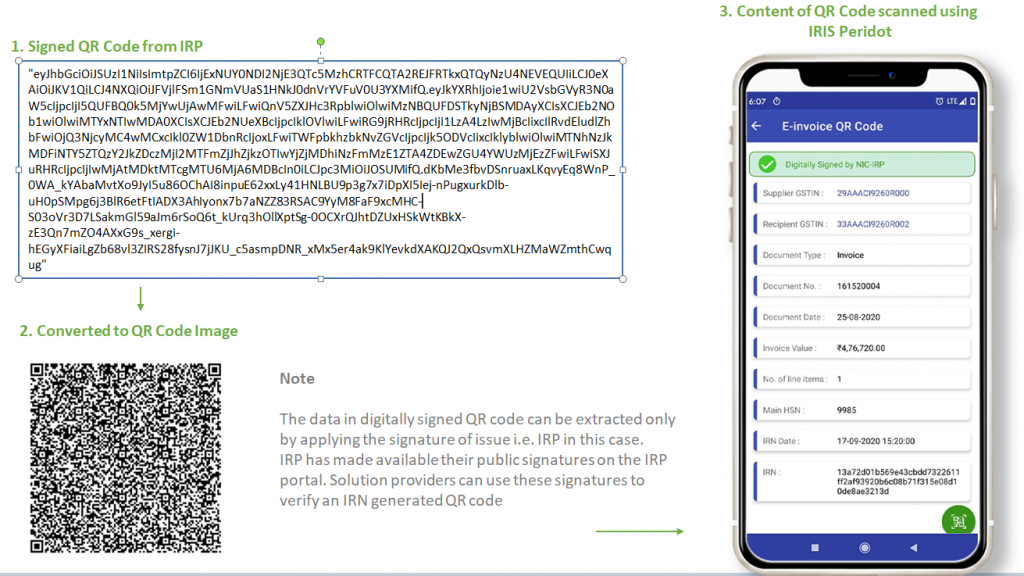 As a supplier the need to verify QR code may not be necessary, however e-invoice is going to impact the purchase cycle, for purchase invoices ensuring the invoice is valid as per new norms is required. Invoices which are registered with IRP, have obtained IRN and have QR code on the invoice will be considered as valid and ITC can be claimed only on valid invoices.

E-invoice standard is here to stay and the long term plan to get all businesses under the purview of mandate should be a reality sooner or later. Businesses need to get prepared for the new regime and adopt technology solutions not only for generating e-invoices but the allied activities such as verification of QR code, storing full signed invoice data in the ERP, as well as down-stream compliance such as GSTR 1 and 2A reconciliation.

E-invoice QR Code will eventually make its mark on all B2B invoices and will be unique for every invoice. So what AADHAR is to Individual, would QR code be the same for an invoice?

It is a cloud-based advanced e-invoicing solution that can integrate with your billing systems in multiple ways and help you generate IRN seamlessly without disrupting your current business processes.

It gives Custom Invoice Print options as per your internal formats.