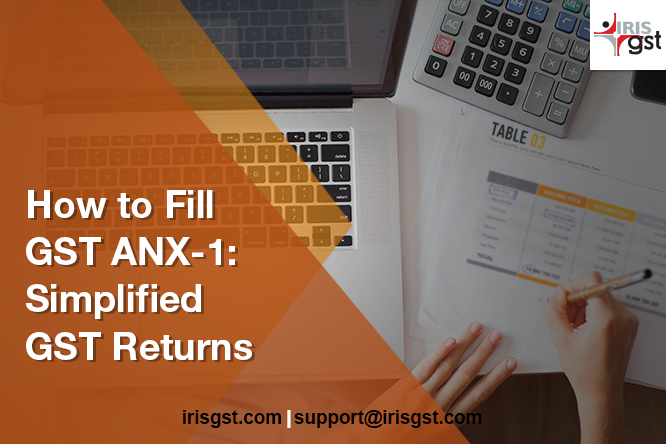 Thus, with just three months to go, and trial modules already in play, let us take some time out to understand the structure of the GST Annexure 1 and GST Annexure 2.

Outward Supplies at invoice level, consisting of 6 sections as given below:

P.S Once the GST system is integrated with ICEGate portal, this section will be shifted to GST ANX 2.

P.S This section will not be used for populating any data in GST RET 1.

Simplified Returns are supposed to simplify the returns filing for all the taxpayers. Under the new formats, taxpayers will be required to file one monthly return, except small taxpayers and a few exceptions.

Those with no purchases, no output tax liability and no input tax credit in any quarter of the financial year will have to file one ‘Nil’ return for the entire quarter.

And taxpayers with turnover of up to Rs 5 crore in the last fiscal can file quarterly return with monthly payment of taxes on self-declaration basis.

IRIS Sapphire is soon going to launch IRIS Sapphire 2.0 which wil support New Simplified Returns. With every API release by the government, we are working towards building a stable, and easy to use platform for simplified returns.

Till that time, we are conducting regular webinars on unveiling of Simplified GST Returns, you can register for the webinar.