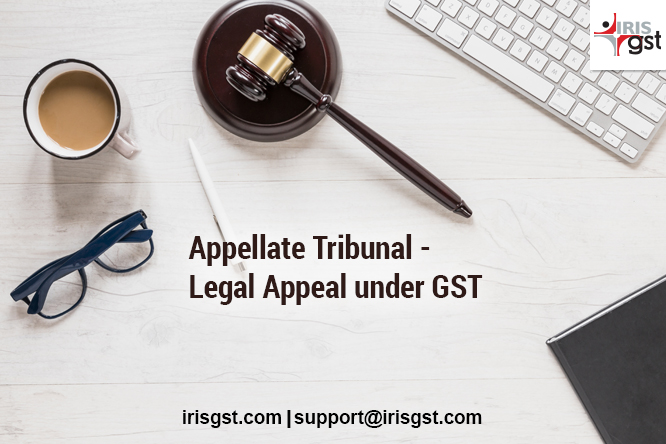 Under GST, if a person is not satisfied with the decision passed by any lower court, an appeal can be raised to a higher court, the hierarchy for the same are as follows (from low to high):

While we have covered the first 2 in our previous article, let us understand the proceedings to raise an appeal to the GST Appellate Tribunal.

As per the Code of Civil Procedure, 1908, the GST Appellate Tribunal holds the same powers as the court and is deemed Civil Court for trying a case.

Constitution of the GST Appellate Tribunal

The GSTAT has the following structure:

The National Appellate Tribunal is situated in New Delhi, constitutes a National President (Head) along with 2 Technical Members (1 from Centre and State each)

On the recommendations of the GST Council, the government can constitute (by notification) an ‘N’ number of Regional Benches, as required. As of now, there are 3 Regional Benches (situated in Mumbai, Kolkata and Hyderabad) in India, wherein each bench constitutes a Judicial Member and 2 Technical Members(for Centre and State each)

The Government, on the recommendations of the GST council has notified the following  State Benches:

Furthermore, on receipt of a request from any State Government, the government can constitute an ‘N’ number of Area Benches in that State, as may be recommended by the Council. Every State Bench and Area Benches of the Appellate Tribunal shall consist of a Judicial Member, one Technical Member (Centre) and one Technical Member (State) and the State Government may designate the senior most Judicial Member in a State as the State President.

P.S: The qualifications, eligibility and appointment of the National President, Judicial and CGST Members will be as per the recommendations of the Council.

Any person, who is unhappy with the decision of the First Appellate Authority, can raise an appeal for the revision of the order to the GST  Appellate Tribunal (Appellate Tribunal). However, the application will be valid only if it is raised within a time span of 3 months from the date of appeal along with the FORM GST APL-05 and applicable fees.

The fee applicable on such appeal includes the full amount of tax, interest, fine and/or penalty, as admitted by the appellant, from the original order, along with 20% of the total amount of tax in dispute.

Decisions of the GST Appellate Tribunal

In case of difference of opinion, decision will be taken on basis of majority. However, if the members are equally divided while taking a decision, the can refer the case to the National President or the State President, who can further refer the case to other benches. And the final decision will be taken on the basis of the cumulative majority of the original and the referred bench.

P.S: the Appellate Tribunal is required to pass the decision within 1 year from the date of filing the appeal. However, if the order is stayed by an order of a Court or Tribunal, the period of such stay shall be excluded from the 1 year period.

Communication of the Decision

The Appellate Tribunal is required to communicate the order passed to both the appellant as well as the First Appellate Authority or the Revisional Authority. A copy of the order will also be sent to the jurisdictional commissioners of CGST and SGST.

In case of the appeal to be in favour of the appellant, the previously benefitted party will also be notified in regards to the new decision. The Benefitted party will have an option to file a memorandum of cross-objections within 45 days of receiving the notice. This period may be extended for a further 45 days, in case there is sufficient cause for the same.

Amendment of the Decision

The Appellate Tribunal can amend its order to rectify any apparent mistake within a period of 3 months from the date of the order. The mistake may either be noticed by the Appellate Tribunal itself or may be brought to its notice by the Commissioner or any other party.

However, any amendment, which may potentially increase the tax liability or decrease the refund or the ITC will be done only after a reasonable opportunity of being heard has been given to the concerned party.

The GST Appellate Tribunal can choose to refuse an appeal if the involved amount (of tax, ITC, fine, fee or penalty) is lower than Rs. 50,000.

The GST Appellate Tribunal can adjourn the hearing of the appeal for a maximum 3 times. The reasons for adjournment must be recorded in writing.

In case the fees deposited by the appellant needs to be refunded (by an order of Appellate Authority/Tribunal) but is not refunded within 60 days timespan, an 18% interest will be payable on the refund (accounting from the date of payment)

For further revision of order, the appellant can raise an appeal to the high court.

For any queries or to more about our products, kindly contact us at support@irisgst.com