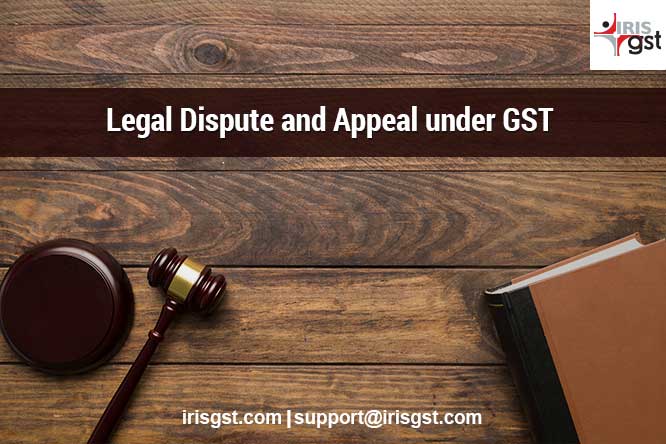 In case of any legal disputes, wherein the person involved is not happy with the decision passed on by a lower court, the person can raise an application to the higher court for the cancellation or reversal of the same. The act of raising such applications is known as an Appeal.

Under GST, legal disputes can be rooted to two obligations as given below:

These obligations are often verified by a proper GST officer during audits, anti-evasion, examining etc. However, in some scenarios, the obligation verified may be actual or perceived non-compliance and the difference in the perception leads to a dispute, which is then required to be resolved. The resolution of such dispute is done by a departmental officer, as per quasi-judicial process, wherein the outcome of these issues of an initial order is often termed as assessment order, adjudication order, order-in-original, etc. 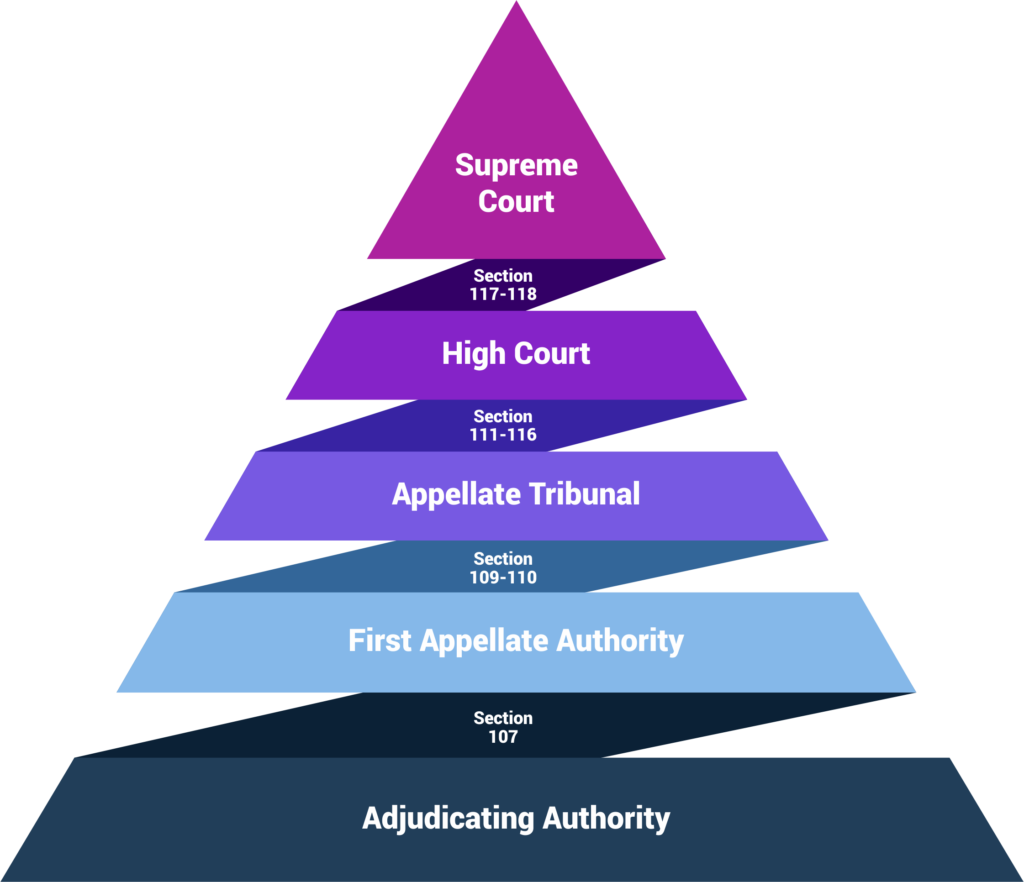 The CGST & the SGST authority

Under the GST Act, the CGST officers and the SGST/UTGST officers, both have the authority to pass an order. Furthermore, as per the act, if an order has been passed for a person under CGST, it shall be deemed to apply for SGST as well. However, it should be noted that, if a CGST officer passes an order, any appeal, review, revision/rectification against the order shall lie only with the CGST officers and likewise for the SGST officer.

In order file an appeal, a person is required to fill the prescribed form, along with the fees applicable i.e. the full amount of tax, interest, fine, fee and penalty arising from the challenged order, as admitted by the appellant, along with the 10% of the disputed amount

P.S, there shall be no fees applicable, if in case, an officer or the Commissioner of GST is appealing.

The person required to appear before a GST Officer, First Appellate Authority, Appellate Tribunal can assign an authorized representative to appear on his behalf unless he is required by the Act to appear personally.

An authorized representative can be-

Retired officers cannot appear in place of the concerned person within 1 year from the date of their retirement.

Furthermore, an appeal cannot be filed in certain cases, wherein on the recommendation of the council, the Board or the State Government may fix monetary limits for appeals by the GST officer in order to regulate the filing of appeal and avoid unnecessary litigation expenses

A person unhappy with any decision or order passed against him under GST by an adjudicating authority can appeal to the First Appellate Authority.

IRIS Business is a leading GST Suvidha Provider (GSP) providing an easy and efficient solution for GST (IRIS Sapphire) and E-way bill (IRIS Topaz) compliance. To have your GST queries solved and to know more about our solution, please contact us at support@irisgst.com.