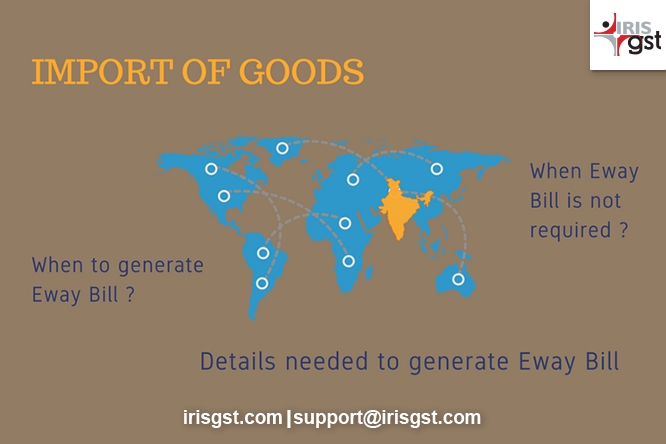 Eway Bill rules are now effective across the country for movement of goods. While most of the states have notified the same rules, there are certain states such as Maharashtra, Delhi, West Bengal where the threshold limit for intra-state movement is kept as  1 lakh instead of 50,000.

Applicability of Eway Bill in case of Import of goods

Import means bringing goods to India from a place outside India. After goods reach India, certain procedures for clearance of imported goods are required to be followed as defined under the Customs Act until the goods are delivered to the destination place in India.

There are certain transactions which are of the nature of import and do entail movement of goods, however, Eway Bill is not required for such movement.

It should be noted that if imported goods are covered under Rule 138 (14) of CGST Act (E-way Bill Rules) no E-Way Bill is required. In such cases, goods are transported to the place of importer after customs clearance.

An Eway Bill is generated based on an invoice or any document evidencing the movement and the details of this document are provided in Part A along with the item details. The transportation details are included in Part B.  For an import transaction, the Part A and B information is to be provided as follows 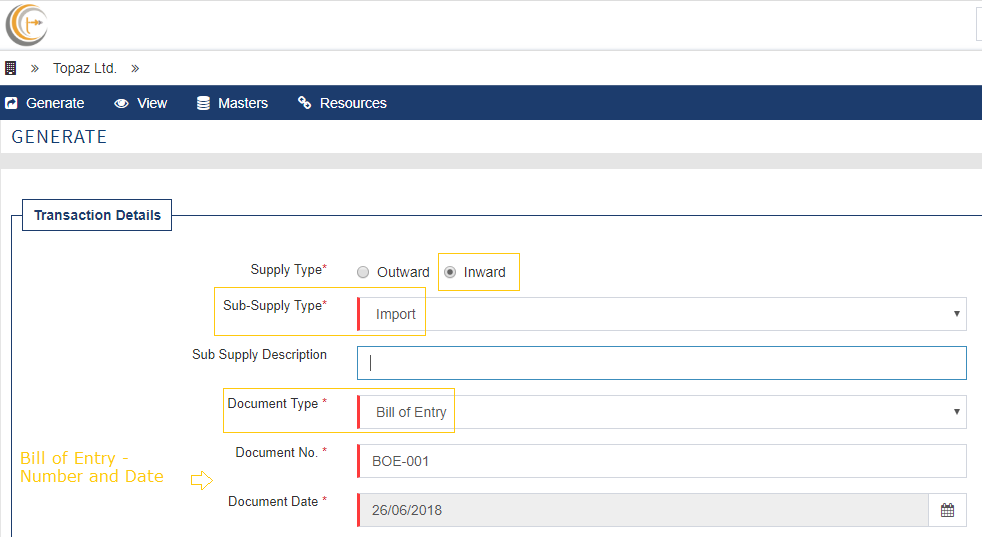 It should be noted that a maximum of 250 line items can be included for generating Eway Bill. Should your Bill of Entry have items more than 250, then it is recommended to aggregate the items HSN-wise.

The approximate distance, even in case of import should be derived based on the distance within the country i.e. the place where the consignment has reached the country to the destination place and cleared by Customs.

Generation of Eway Bill in case of imports is similar to the movement of goods within the country, however, there are some specific points to be noted. We hope this blog explains the specifics of import transactions. In our subsequent blogs, we’ll look at export transactions

IRIS Topaz Desktop Utility, an MS® Excel-based application, will enable you to manage all your E-way Bill related tasks simply and quickly.