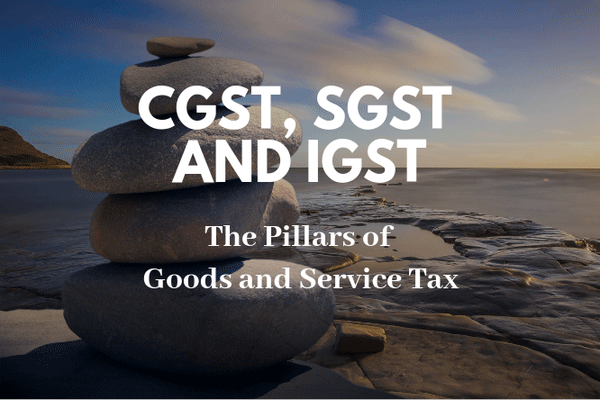 Good and Service Tax (GST) is an Indirect tax which came into effect on July 1, 2017. GST was coined in to replace the hassle of multiple taxations in India under the slogan, “One Nation, One Tax”. Prior to the GST regime, a taxpayer was required to file forms such as Central Excise, Service Tax and State VAT etc.

Although GST is structured as One-multistage based taxation system, it is categorized into CGST, SGST or IGST, based on whether the transaction is Intra-State or Inter-State.

Applicability of CGST, SGST and IGST

Need of splitting GST into CGST, SGST and IGST

In India, the Central Government, as well as the State Government, have the authority to levy and collect the tax. Furthermore, both the Governments have their own distinct responsibilities to perform, as per the Constitution, for which the revenue generated through tax is necessary.

Thus, to ensure a smoother and co-operative revenue generation, the three types of tax structure i.e.

CGST: Under GST, CGST is a tax levied on Intra State supplies of both goods and services by the Central Government and will be governed by the CGST Act.

SGST: Under GST, SGST is a tax levied on Intra State supplies of both goods and services by the State Government and will be governed by the SGST Act.

Note: Any tax liability obtained under SGST can be set off against SGST or IGST input tax credit only.

To have your GST queries solved and to know more about our solution, please contact us at support@irisgst.com.