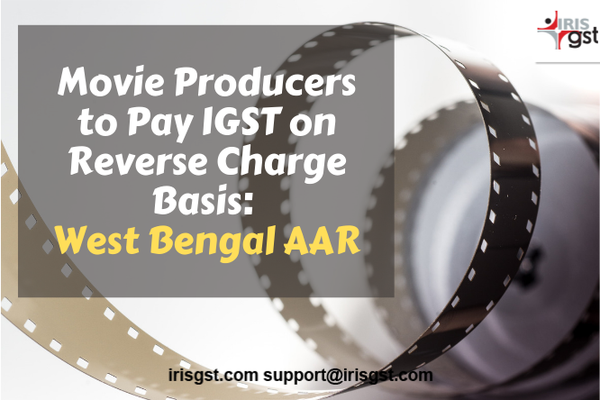 Submissions of the Applicant

The applicant intends to produce a feature film, a portion of which is planned to be shot at locations outside India. For this purpose, he is in the process of appointing CDI Virtual Films Inc. (herein after the CDIVF) as a Line Producer in Brazil.

CDIVF is supplying  namely accommodation for the crew, supply of food, props, and ancillary services like renting of shooting locations etc.

Applicant further argues that the service of CDIVF can also be classified as event management service, as described under section 13(5) of the IGST Act, 2017. The shooting of the film in foreign locations, resulting in the emergence of a CD containing the filmed materials, is an „event? that CDIVF is going to organize and manage.

Submissions of the Revenue

Concerned officer from the Revenue submits that at the time of signing the Contract the so-called principal suppliers of the services or the services are not clearly identified. The Question of facilitating as an intermediary between the principal suppliers and the recipient, therefore, does not arise. CDIVF is, not, therefore, acting as an intermediary.

Observation & Findings of the Authority

The answer to the question about the liability to pay IGST on the reverse charge on the payments to be made to CDIVF depends upon the location of the recipient of the service. The Applicant, a resident of India, will receive the service in Brazil, where it has no fixed establishments or a specific location at which the service is being supplied. The location of the recipient should, therefore, be the usual place of his residence in terms of section 2(14)(d) of the IGST Act, 2017. The recipient is, therefore located in the taxable territory. Tax is, therefore, payable on RCM in terms of Sl No. 1 of Notification No. 10/2017 – IGST (Rate) dated 28/06/2017, provided the transaction constitutes an inter-State supply within the meaning of section 7(4) of the IGST Act, 2017.

Advance ruling says It is evident from the above discussion that a Line Producer?s job is not limited to arranging hotel accommodation, catering for the filming crew, local transportation and procuring location permits on behalf of the principal. His service is, therefore, an integral part of the activity for the production of the feature film.

No deduction is available in terms of the contract with the Line Producer appended to the Application from the value of the supply of motion picture production service even if payment is made on an actual cost basis. However, if the Applicant modifies the contract so that the Line Producer acts as pure agent for certain services in addition to the main supply of motion picture production service, the related transactions will be import of services from the actual suppliers, and the amount paid on actual cost basis for procuring those services will be subjected to IGST at the applicable IGST rate on such services.

One Stop Destination for everything GST