“Whatever glory belongs to the race for a development unprecedented in history for the given length of time, a full share belongs to the womanhood of the race” – Mary McLeod Bethune

A Happy International Women’s Day to all!

In this issue, we’ll be covering the highlights of the 33rd GST Council Meeting, an analysis of EWB and GSTR 1, Updates in GST, along with upcoming feature release and due dates for the month of March.

The 33rd GST council was initially scheduled for 20th February 2019. However, considering the nature of the issues to be discussed, the state finance minister requested a face-to-face discussion on special schemes for Real Estate Industry and issues in taxation system on lotteries

While the GST rates for property have been settled, those for lottery have reached a stumbling block. The 33rd meeting of the GST Council on February 24 could not come to a decision regarding a change in the GST rate structure for lottery tickets.

The matter was referred again to the Group of Ministers (GoM) led by Maharashtra Finance Minister Sudhir Mungantivar which has Kerala, Punjab, West Bengal and Goa as members.

The GoM, upon further deliberation on the lottery issue, are expected to come back to the next council meeting and attain consensus for the same.

The next council meeting is scheduled to be held on 15th March, 2019.

Reports form a vital part for any business. The reports help you plan and strategize your further course of action. Thus, keeping the same in mind, IRIS Sapphire shall soon be releasing its reports based on reconciliation. With this release, the user shall be able to perform reports based on the reconciliation through IRIS Portal.

You can now submit form GSTR 7 and form GSTR 8 through IRIS Sapphire.

Want to request for our product demos?

Please reach out to us at

The 33rd GST Council Meeting was held on 24th February 2019 under the Chairmanship of the Union Minister of Finance and Corporate Affairs, Shri Arun Jaitley in New Delhi. The council meeting concluded with good news for the Real Estate sector of the Indian Economy. Following are the highlights from the meeting:

Advantages of the recommendations made

Details of the scheme shall be worked out by an officers’ committee and shall be approved by the GST Council in a meeting to be called specifically for this purpose.

Since the advent of GST, one aspect of EWB not contested much is its correlation to the data reported in the GSTR1. While GSTR1 is essentially a detailed report on all of your outward supplies, EWB is a sub-set to the GSTR 1 carrying details of only those outward supplies where there is movement of goods over and above a threshold limit. Also, there can be a scenario where EWB needs to be generated for movement of goods on delivery challans, but these supplies do not find their way directly in terms of “value reported” in GSTR1.

Considering this, it was quite predictable to expect a linkage between the two soon. And same happened in the 31st GST council meeting. The meeting concluded with announcement of few amendments, one such amendment was the linking of GSTR 1 with Eway Bills (EWB).In order to check GST noncompliance, a restriction on the generation of EWBs is kept, if GSTRs are not filed for two consecutive tax periods. This has triggered compliance pressure on the filers as well as the transporters.

Common Areas for EWB and GSTR 1

An invoice is the base document for GSTR-1 as well as for EWB generation. However, for every movement of goods, the invoice format needs to have all GSTR-1 related fields along with few additional fields like distance, Transporter’s ID etc. 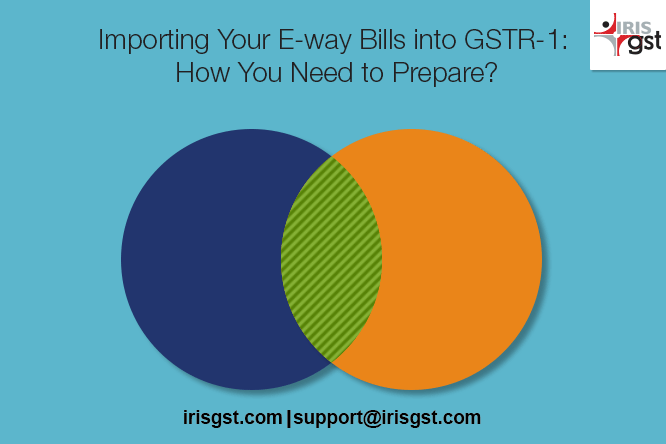 Difference between an EWB and GSTR 1

What happens in cases where ‘billed to’ and ‘shipped to’ data under EWB are different? In such cases, what differs is the address; however, the GSTIN remains static. Hence, the GSTINs involved shall be considered for GSTR1

What if an EWB is cancelled?

On cancellation of an EWB, either of the parties needs to generate a “Sales Return/Credit note” document and the same needs to be taken up for generation of EWB. 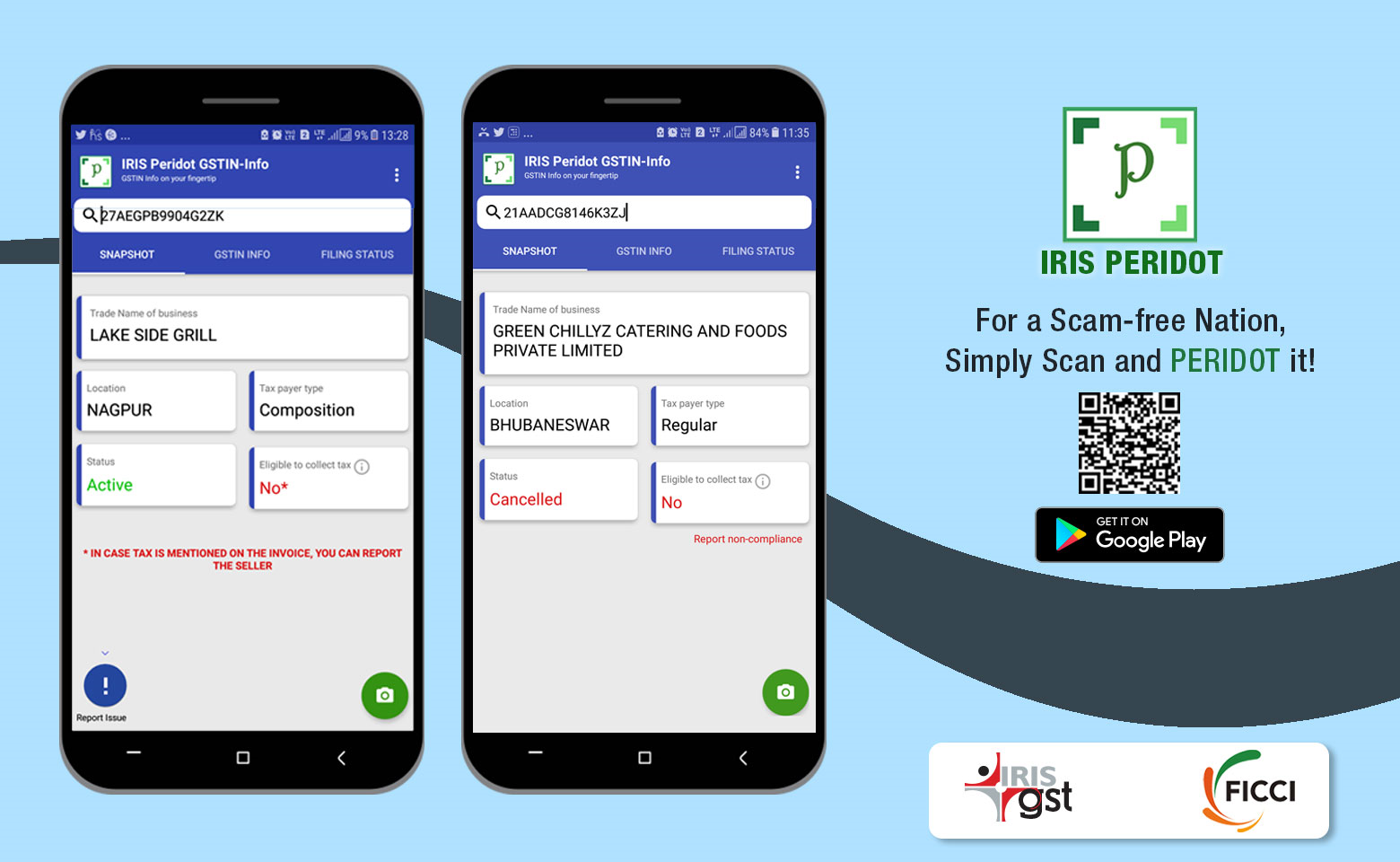 IRIS Peridot is a leading GSTIN Compliance tracking application available for free on Google Playstore. The application scans the GSTIN of the invoice provided by the user and searches the same in its GST’s data repository for its compliance status.

IRIS Peridot 3.1 has already shown its mettle to the defaulters by detecting noncompliance in the city of Bhubhaneshwar and Nagpur. So let us join our hands together to make India, a scam-free nation. Download the Peridot app today.

At IRISGST, our aim is to provide our users with intelligent solutions to experience hassle-free GST compliance. This motivates us to strive to introduce features, modules and updates that are smart, efficient and easy to use.

Treading on this path, here is a list of upcoming developments in the products that we plan to release in the month of March