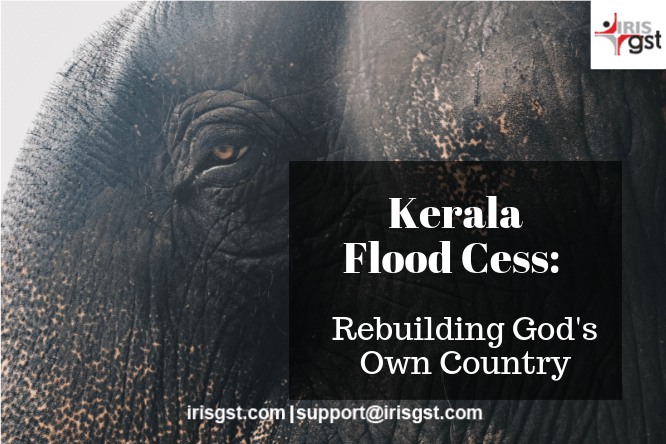 8th August 2018, Kerala witnessed the worst flood in the century, affecting over one-sixth of the total population of the state.

The Chief Minister of the Kerala, Pinarayi Vijayan, has estimated a sum of at least Rs. 20,000 crores would be required to bring back normalcy within the state. The Kerala government has also decided to cancel all government-funded events for a year, and use the money for flood relief instead.

With a view to reconstruct, rehabilitate and compensate the needs so arisen due to the flood, the Kerala State Government has decided to levy a Kerala Flood Cess (KFC) on the value of supply of goods or services or both for a consecutive period of 2 years, effective from 1st July 2019.

The amount collected from this Cess will be distributed to Kerala State Government only. Hence the payment need not be made through GSTR-3B instead a new form KFC-A has been introduced. The taxpayer will have to file this form on the Kerala tax Department Portal (keralataxes.gov.in) instead of the GST Portal. Although the due date of filing KFC-A is the 20th day of the subsequent month, it needs to be filed before the filing of GSTR-3B.

Multiple rates of KFC are as follows:

KFC need not be charged in the following cases:

For any queries, feel free to connect with us at support@irisgst.com.