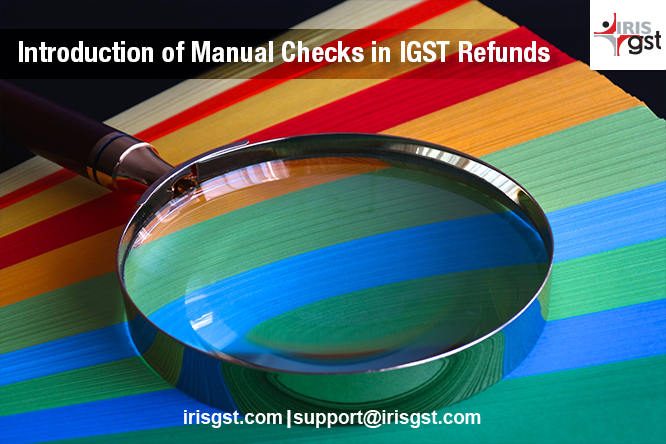 In a bid to minimize tax fraud using bogus bills, the Central Board of Indirect Tax and Customs (CBIC) introduced “Manual check” for its Customs and GST formation before the issuance of IGST refunds. However, the notion was perceived as a setback to the automated GST refund process by many, creating a misleading impression that genuine exporters would suffer on account of the newly introduced verification process.

To clear the air on the same, CBIC released a press note, stating that the newly introduced system of manual check shall only target the exporters perceived as risky on the basis of pre-defined parameters. The CBIC has also assured the genuine exporters that they would continue to get their IGST refunds in a timely manner in a fully automated environment.

In May this year, it was proposed to automate the entire refund for exports.

The exporters suspected of indulging into large scale frauds relating to Integrated Goods & Services Tax (IGST) refunds or availing ITC using bogus bills/ on the basis of ineligible documents and utilizing such ITC for payment of IGST (to be claimed later as refund) are perceived as Risky exporters. As per CBIC, the risky exporters account only to 3.5% of the total exporters in India. Yet, the fraudulent claims of Integrated GST (IGST) refunds coming from such exporters could cost the government a sum exceeding Rs. 1,000 crores.

The new verification exercise is aimed at preventing unscrupulous exporters from defrauding the exchequer and bringing a bad name to the larger exporting community.

Risk Management Centre for Customs (RMCC) shall insert alerts for exporters perceived as risky and mandate a 100 per cent examination of export consignments relating to those risky exporters.

Although these risky exporters are allowed immediate exports, it will be flagged as high-risk and shall be verified to see if the consignment tallies with the description provided in the shipping bill. Furthermore, the refund on such exports would be released after verification of ITC by the relevant GST formation, who are required to furnish the report to the respective Chief Commissioner of Central Tax within 30 days.

The CBIC has also asked the Director-General (custom systems) to identify these “risky exporters” and inform the respective Chief Commissioner about the past IGST refunds granted to such risky exporters along with details of bank accounts in which such refund has been disbursed.

In cases where no malpractices are detected and the ITC availed by the exporter was in accordance with the GST law, the customs officer at the port of export shall proceed to process the IGST refund.

IRIS Business, a leading name amongst the GST Suvidha Providers (GSP) in India, offers easy and efficient solutions for GST (IRIS Sapphire) and E-way bill (IRIS Topaz) compliance. For any queries or to book your free demo, connect with us at support@irisgst.com.