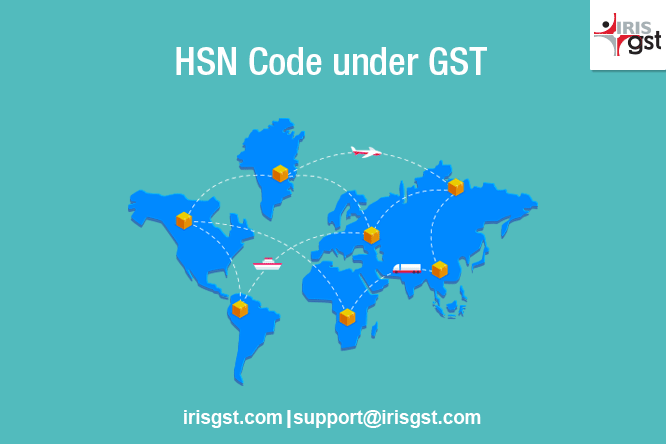 Over the years, trading has grown from being contained within the local marketplace to and beyond the national borders. Today, the world is the marketplace, with traders reaching out making their goods and services available to every nook and corner of the world. However, in order to able to sustain trade at such a massive scale, standardisation of goods and services was quintessential.

The GST system introduced in 2017 uses this premise of standardization and is based on the use of HSN Codes, SAC ( Service Accounting Code) and UQC (Unique Quantity Code)

What is HSN code

HSN code stands for Harmonized System of Nomenclature, which consists of a globally used coding system and harmonized commodity description. Introduced in 1988 by the ‘World Customs Organization’, the HSN code harbours over 5,000 commodity groups, wherein each of these group is identified by a six-digit code (8 digits in India for a deeper classification), arranged in a legal and logical structure to ensure a uniform classification is achieved.

For better understanding, let us consider a Silk Handkerchief

P.S, while a 6 digit HSN code is accepted globally, an 8-digit HSN system is used in India for a deeper classification.

The HSN aids taxpayers to search the GST rate by just entering the HSN code of the goods after which the system automatically shows the applicable tax rate on the commodity. This simplifies the trade related procedures and creates efficiency. That is why it is mandatory to mention the correct HSN codes during the GST Return Filing.

Under which provision , HSN code is notified/approved?

In India, HSN coding was  used under Excise, Customs, and state Value Added Tax (VAT) laws and is used under Goods and Services Tax (GST) law, for classification of products/goods.

HSN Codes and SAC are available on the said link  HSN SAC CODE LIST. They are controlled by the ACES website, which was earlier used by the Central Board of Excise and Customs (CBEC) for its operations.

Based on the notification reading it can be concluded that HSN Coder Number of digits and rate only determined in GST and HSN Code are maintained by CBEC.

In pursuance of the first proviso to rule 46 of the Central Goods and Services Tax Rules, 2017, the Central Board of Excise and Customs, on the recommendations of the Council, hereby notifies that a registered person having annual turnover in the preceding financial year as specified in column (2) of the Table below shall mention the digits of Harmonised System of Nomenclature (HSN) Codes, as specified in the corresponding entry in column (3) of the said Table, in a tax invoice issued by him under the said rules.

In exercise of the powers conferred by sub-section (1) of section 9 of the Central Goods and Services Tax Act, 2017 (12 of 2017), the Central Government, on the recommendations of the Council, hereby notifies the rate of the central tax of-

Note :-Said notification has been amended by Government on time to time, on the recommendations of the Council

Notification No. 11/2017-Central Tax (Rate) :notify the rates for supply of services under CGST Act

As stated earlier, the HSN code allows a systematic and logical classification of commodities around the globe. This assures a uniform classification of goods required for international trade. Today, HSN system is being used in more 200 countries, as it provides,

Although HSN numbers may slightly vary from country to country depending upon the nature of goods classified, the HSN number is still acceptable in most of the countries. HSN codes play a crucial role under GST by

What are the Sections under HSN?

All the 21 sections under HSN are as follows:

IRIS Business is a leading GST Suvidha Provider (GSP) providing an easy and efficient GST Compliance Solution (IRIS Sapphire) and E-way bill (IRIS Topaz) compliance. To have your GST queries solved and to know more about our GST Compliance solution, please contact us at support@irisgst.com.