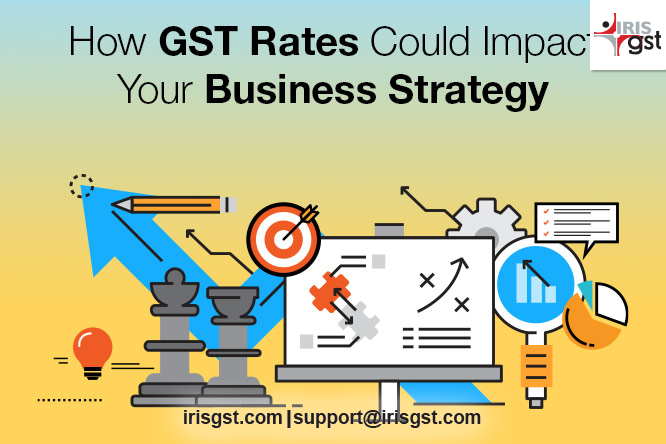 GST Rates are one of the various considerations that tax payers need to keep in mind when they start falling under the GST Threshold and become a casual taxable person under GST. The discussions on GST Rates started in November 2016 GST Council Meeting when rate slabs were identified and the February 2017 Council meeting worked to finalise the Compensation Act which enabled Government to levy cess applicable in few GST tax slabs.

We will look into these GST Rate slabs in detail, however, before delving into the GST rates, let us first understand the erstwhile concept of indirect taxes on goods and services.

A few examples of erstwhile indirect tax include service tax, central excise and customs duty and value added tax (VAT).The different rates of taxes on goods and services in erstwhile tax regime areas were below: 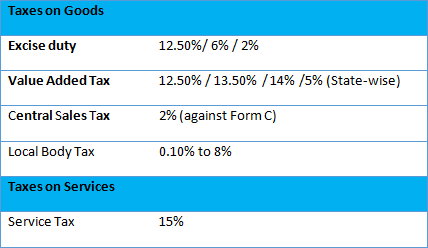 With GST replacing indirect taxes, all the erstwhile indirect taxes are subsumed by GST. In the November 2016 GST council meeting, the Finance Minister came up with a 5-slab structure for GST rates:

In addition to the rate slabs for various types of products/services, Government also came up with the item-wise GST rates.

As regards exemptions, several items are exempted under the GST including green coconut, poha, unprocessed green tea leaves, and non-mineral water etc over the years.

Let us take a look at the slab structure in detail.

In GST regime, Zero rate slab items are different from exemption as Input Tax Credit (ITC) is given in case an item is zero rated. Input tax credit is essentially the credit manufacturers or dealers receive for paying input taxes towards inputs used in the manufacturing of products or while purchasing goods for resale. Thus, items drawing zero rates are still in the GST chain while those exempted are not.

It should be noted that export supplies  and supplies to Special Economic Zone attract zero rate (Export Supplies exemption was later withdrawn).

A lower rate of 5% for items of mass consumption make goods and services pocket-friendly for the common man. What is further beneficial is that if the credits on procurement are fully available to these suppliers, then rates may go down further.  However, there is a catch 22 situation which businesses might face as explained in the next section.

The next slab to concessional rates is that of standard rates defined under two different slabs of 12% and 18%. Most of the remaining goods and services get itemised here.

While goods finding their way in this tax slab do not pinch much due to the largely unchanged tax rates from erstwhile indirect tax regime, few services have got dearer due to a push from the erstwhile 15% slab to the higher ones.

Taxpayers need to check the list of items that are now called luxury goods because what was considered luxury a few years back might have become a necessity now.

Another aspect worth looking at is the levy of compensation cess in the luxury tax slab. While tax burden wise, this is acceptable to the industry as these goods faced a similar tax burden earlier also, dealing with another tier of tax causes concerns in administering.

All in all, the GST rate schedule sounds promising but individual business impact depends on the actual tax slabs that their items get categorized into.

Impact of GST Rates on Your Business

The mandate to pass on the profits to end consumers requires companies to actually identify how much the rate reduction has benefitted the company to ensure that it’s passed on to consumers. Further, companies also have to ensure that their vendors are sensitized about the aforesaid provisions and they pass on the benefit too.

Given the aforesaid ramifications, it can be stated that the entire business ecosystem needs to gear up for the GST rate ‘strike’.

IRIS has been in the financial compliance space for two decades, helping companies in India and globally, to fulfil their compliance obligations. IRIS is an appointed GST Suvidha Provider and IRISGST is the Tax technology business line of IRIS.

There is this notion that GST compliance is monotonous, boring and tiring. But, we know that there is a better way to tax! We believe GST Compliance is no longer a tick in the CFO’s task list. It is fast transforming into a core business process. Hence, at IRISGST, we have crafted multiple products with the use of technology to simplify GST compliance for taxpayers with automation and AI. You can register for a demo of our GST Software or if you have any questions please write to support@irisgst.com.