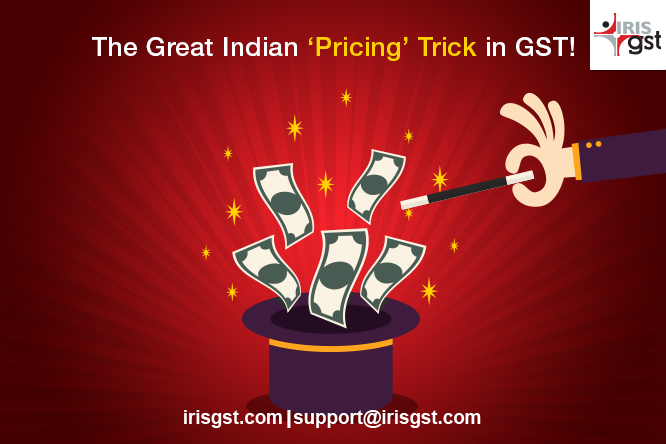 The GST legislation contains an anti-profiteering clause which mandates manufacturers and others in the supply chain to pass on the benefits arising due to GST transition to consumers.

In this regard, the Central Board of Excise and Customs (CBEC) has issued six Press Releases (PR) since May 22nd, highlighting likely industry/ product-wise benefits for ninety-seven products such as cement, medicaments etc. and three services – telecom and entertainment and builder/developers.

These press releases highlight the benefits arising from the GST regime either due to the lower tax rates, like on  cement, medicaments etc.; or more tax credits being available, like for telecom. In place of detailed research documents, these PRs are one or two pager industry level analysis with references to reliable reports. While these appear to be simplified, they are likely to have broader ramifications from a business perspective.

1. Implications on the revenue side

The first thing you notice about the press releases is that all ninety-seven products and three services covered are presented as positively impacted due to the introduction of GST! Predictably, these being CPI (Consumer Price Index) items, the Government expects these sectors / industry to lower prices. Thus, if PR states that the likely benefit to telecom sector is 2 per cent then indirectly it suggests that the industry should lower prices by 2 per cent.

Similarly, for builders/ developers the PR states that ‘It is, therefore, advised to all builders / construction companies that in the flats under construction, they should not ask customers to pay higher tax rate on instalments to be received after imposition of GST.

While most of the taxpayers may follow the PR, few who are benefitting lesser than the proposed benefit in PR may find it challenging to follow the directive, as it will negatively impact their margins. Also, if they don’t follow the directives while their competitors do, these companies carry the fear of losing market share as well as attracting the wrath of authorities.

Given this, all companies whose products or services are covered under PRs will have to strategically revisit their pricing policies.

2. Implications on the procurement side

The silver lining of these guidelines is that in case a taxpayer is procuring any of the products or services for which the CBEC has issued guidelines, then, based on such guidelines, the taxpayer may request their respective vendors to reduce prices of such product or services. For e.g., telecom players can initiate negotiations with their leased line providers for a 2 per cent price reduction based on the telecom PR dated May 26, 2017.

The larger question that remains to be answered is how much reliance should be placed on these guidelines as they do not divulge details. For e.g. while the PR on medicament (dated May 22, 2017) states that ‘Medicaments, in general, attract 6 per cent central excise duty and 5 per cent VAT’, it does not mention anything about the available abatement in excise which reduces effective excise rate to 3.60 per cent. Similarly, the PR on Telecom states that ‘As per some estimates, this additional input tax credit would be as much as 2 per cent of the turnover of the telecom industry’, without providing a reliable reference or source of such an estimate.

While the GST law empowers the Government to constitute an authority or entrust an existing authority to ensure compliance of anti-profiteering provisions, no authority has yet been identified for such a task. Further, the validity of CBEC guidelines could itself be questioned by this authority later.

What should taxpayers do?

In days to come, more such guidelines are expected to be available. While these guidelines will certainly help taxpayers understand high level implications, the onus is still on taxpayers to deep dive into specifics before re-jigging prices of their products or services.

IRIS has been in the financial compliance space for over 2 decades having worked with regulators and filing entities alike. In India, we have supported MCA filings for over 700 entities including companies of groups such as Tata, Reliance, TVS, Godrej, L&T etc.  We have combined our deep domain capabilities with our strong technology backbone to bring you IRIS GST, an end to end GST filing solution.

If you have any questions or would like to know how you can easily transition to GST with minimum disruption to your business, please write to support@irisgst.com.

This Article was first published in The Hindu on 12th June 2017.