Eway Bill
5 Key Responsibility a Transporter should adhere to!
by Neena Sethi in Eway Bill
Publish on August 20th, 2019 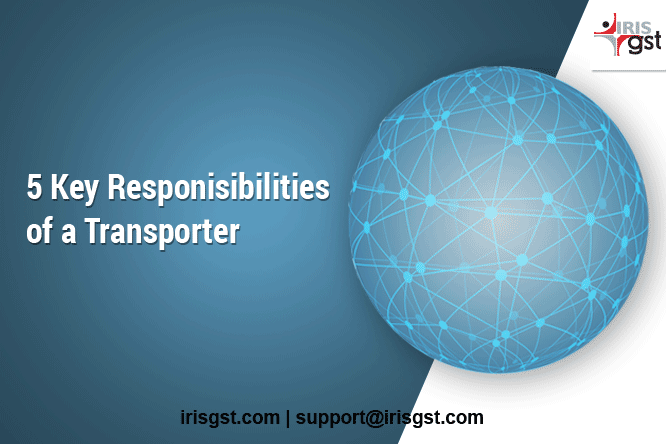 In India (and around the world), the process of supplying of goods revolves around 2 people, the consignor (Supplier) and the consignee (Buyer). However, in the absence of proper transportation and/or resources with the consignor, a need for a third party arises i.e. the Transporter. The transporter plays an intermediary yet the crucial role in an EWB cycle, delivering the given shipment safely to the customer.

Under GST regime, in order to deliver the goods in a hassle-free manner, a transporter (Registered and Unregistered) is required to fulfil the 5 key responsibilities, as given below:

Transportation is a complicated process in itself, wherein the transporter is often slammed with the management of the conveyances, resources, clients and the goods to ensure the efficiency of his service is not affected.  The complexities and responsibilities of Eway Bill compliances can only make the task bothersome for a transporter. However, to churn the hassle into hygge, IRIS Topaz has come with the following features that have been crafted keeping the needs of a transporter in mind:

IRIS is an established GST Suvidha Provider (GSP) and was one of the first GSPs to complete the integration with NIC’s E-way Bill System. Our E-way Bill solution, branded as IRIS Topaz, is an end-to-end solution for entire E-way Bill operations. IRIS Topaz can be accessed through the web, desktop utility, and APIs. For further Schedule a free demo Today.